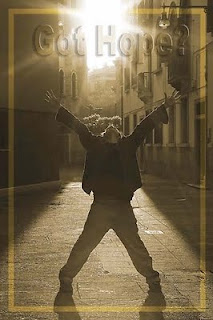 Things change, Churches grow, communities shift as people come and grow. Now and then something dies. We don’t like it. We appropriately mourn and we move on. So why should it be a surprise when a little church choir that has slowly been diminishing is discontinued.

The church has to grow and adapt this includes music. We have decided to allow the choir concept to rest awhile as the membership along with the standards have lessened over the past few years. We have initiated a praise band that everyone seems to enjoy.

Yet be deleting an outdated “Music department” Suddenly people are in an uproar. Well 3 to 6 people at the most. Yet these people they have the right to pull other people outside and discuss and push their point of view. They feel they should disrupt service in order to discuss what they don’t like.
What they don’t like. . .

Change and growth, Beware in some small communities these can be fighting words. People are threatened by change. I actually heard a congregant say out loud I do not want this church to grow I like it just the way it is.

Imagine if Jesus felt that way. Imagine if the spirit felt that way. Our hearts would not be open to welcoming new and loving people into our midst. There would only be one church and only twelve members. The music would still be Hebrew chants.
Okay yes we can grieve and mourn the loss of a beloved choir. We can even be saddened that we no longer have a paying position for the person who directed the choir. But to choose to disrupt service and then when asked to be quiet because someone was praying telling that person to “Shut up!” Where is the Christianity in that?

The rumor mills and the gossip will persist. The concept that one person knows better than another of what is good for our church will persist. Heck even believing that I should be removed will persist. However, disrespecting others during Sunday service or behaving as gossipy back biting mean people in front of visitors that will not be allowed to persist.

There are ways and appropriate means to address what is disliked or perceived to be unfair. Office doors are open every day. People are willing to discuss and even just listen to each other’s sadness and pain. Then it is time to work together in order to make the changes that are happening come together smoothly. We need to open our hearts to the joy and the love that is the Christ with in each of us so that we can grow stronger as a community of faith.